Star Trek: Phase II is a fan-created science fiction series set in the Star Trek universe. The series was created by James Cawley and Jack Marshall in April 2003. The series, released exclusively via the Internet, is designed as a continuation of the original Star Trek, beginning in the fifth and final year of the starship Enterprise's "five-year mission." The first episode of the series was released in January 2004, with new episodes being released at a rate of about one per year, though producers have expressed their desire to accelerate production. CBS, which owns the legal rights to the Star Trek franchise, allows the distribution of fan-created material as long as no attempt is made to profit from it without official authorization, and Phase II enjoys the same tolerance. Star Trek: Phase II stars James Cawley as Captain Kirk, Brandon Stacy as Mr. Spock, and John Kelley as Dr. McCoy. Eugene Roddenberry Jr., the son of Star Trek creator Gene Roddenberry, serves as consulting producer. Some of the original actors have returned to reprise their roles, including George Takei as Sulu in "World Enough and Time", and Walter Koenig as Chekov in "To Serve All My Days". The episodes are filmed on new sets located in Port Henry, NY, at a long-shuttered car dealership.
Released: Oct 08, 2004
Genre: Drama, Action & Adventure, Sci-Fi & Fantasy
Cast: James Cawley, John M. Kelley, Jeffery Quinn 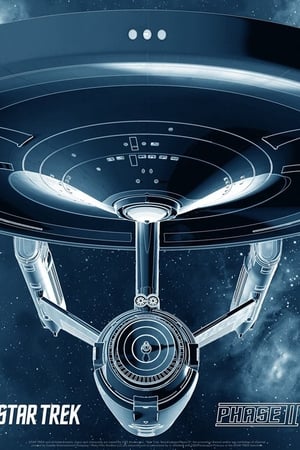